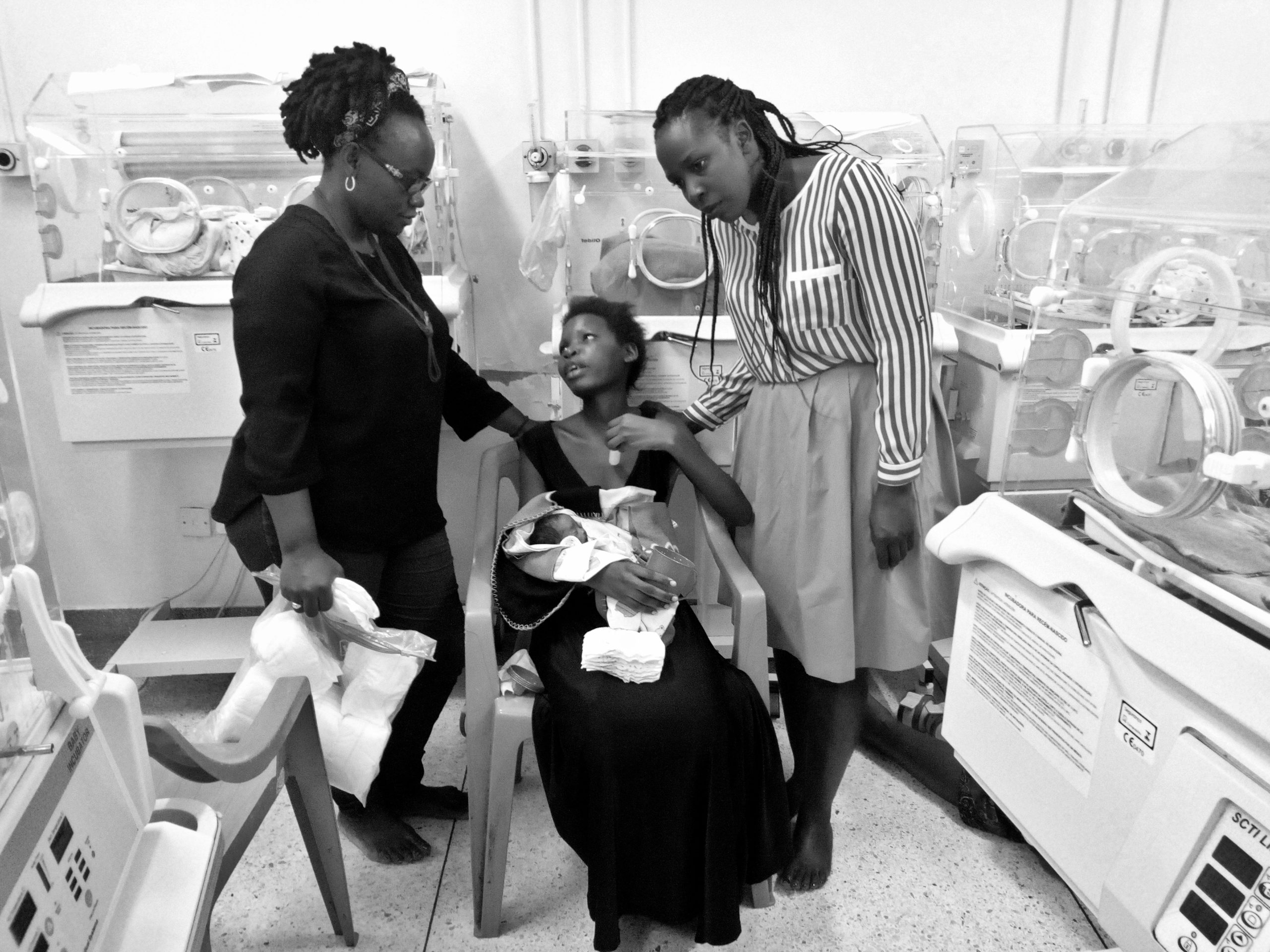 Mama Tulia Ministries were started in June of 2017 during a time when the numbers of preterm babies dying were rapidly increasing while the awareness about this issue remained low. Mama Tulia is a ministry that raises awareness, resources, and cares for mother’s and their preterm babies. Mama Tulia comes from a Swahili word, ‘Mother take heart’. It was started by Isabelle Furaha after her personal experience of giving birth to two premature babies in 2014 and 2016.

Isabelle and her husband Peter lost their first premature baby in 2014 shortly after birth. In 2016 they were blessed with another baby who was also born prematurely. In fear of losing another preterm baby, Isabelle prayed and made a promise to God that if He would let her baby live, she would vow to help and support other mothers of preterm babies. From her experience with both her babies she was reminded to take heart because God was still in control. After taking heart herself, she now encourages mothers to do the same through her ministry, Mama Tulia.

The primary objective of Mama Tulia was to encourage and pray with mothers with premature babies in the hospitals. Mothers with new premature babies often live in fear that at any moment their babies would die. Some mothers are abandoned by their husbands when they give birth and some feel they were cursed or it was witchcraft for them to give birth to preterm babies. Mama Tulia was started to comfort, counsel, and encourage these mothers to stay strong in these hard times. Above all, it was started to remind mothers to have faith and trust in God.

Isabelle started going to Mulago hospital and visiting mothers that had preterm babies in the NICU. She would encourage them by sharing her story and praying for their own. She would also go with porridge flour and give it out to mothers. Porridge flour is very helpful for breast milk production and benefits preterm babies so she would give it to mothers who were struggling or could not afford it. It wasn’t long into her outreaches to the hospital that she realized that many mothers needed more than hearing her story and the porridge flour. This was especially true for the five young mothers she met.

These five mothers ranged from as young as 14 years of age to their early 20’s. There were three Ugandan teenagers and two refugees, one from Rwanda and the other from the Congo. The teenagers had left school and ran away from home and the refugees were abandoned in the hospital by their husbands. While they each have their own story, they were all new mothers to preterm babies and all alone. Isabelle felt compassion for these young mothers and knew she needed to do more for them. Isabelle made frequent visits to these 5 moms during their hospital stay and supported them even when they were discharged. She provided them with baby clothes and with medication for their babies, but most importantly, she reminded them that they are not alone.

These five mothers were a moving moment for the ministry. Since then Isabelle has continued with hospital visits and now Mama Tulia is currently helping and supporting 78 mothers of premature babies with rent, food, medication, preterm clinical reviews, and much more, each mother depending on her needs. Mama Tulia has found ways to help mothers physically, emotionally, and spiritually. This is being done through outreaches, bible studies, and training workshops.

Mama Tulia has several outreaches across the country. Isabelle and her team continue with hospital visits and give out Preemie Kits to the mothers in need. Every year Mama Tulia has given out 200 of their preemie kits to mothers in need. These kits that they created include 8 feeding tubes and cups, 8 preterm diapers, 2 baby blankets, onesies, and kangaroo wrappers. Kangaroo wrappers are needed to practice Kangaroo Care. This care is proven to substantially save the lives of premature babies. The kangaroo wrappers act as a lifesaving gift for the mothers and their babies in need. Mama Tulia has distributed over 500 kangaroo wrappers to hospitals with NICUs. Mama Tulia also reaches out to pregnant women with the aim of raising awareness on prematurity and the risk of preterm births and educating them on how to prevent them. During these outreaches mothers are given Mama Kits. These kits help prepare the mothers for safe births. Each year Mama Tulia with its partner Mercy for Mamas gives out over 1,500 Mama Kits to expectant mothers.

Mama Tulia not only cares for the physical and economic needs of mothers, but also their spiritual and emotional wellbeing. Mama Tulia holds discipleship bible studies every Tuesday and Friday. Tuesday is the main gathering where there is an average of 70 mothers who are taught about the Bible and godly principles. On Friday, an average of 20 mothers gather at the Mama Tulia Training Center to receive additional training in economic and practical skills that can help them become financially stable and provide for themselves and their preterm baby.

In the future, Mama Tulia hopes to reach out to even more mothers. One way of doing that is with the hope of a transition home for mothers with new premature babies. This transition home would offer a place for the mother and baby to stay for 3-6 months until they are stable and in a position to live on their own. This transition home will also have a larger training center. This center would reach out to pregnant women and all new mothers so that they too can acquire the skills that can help them economically. While Mama Tulia has big dreams for the future, they still hold to the original one that was dreamt up in 2017. For the past 3 years and the many years to come, Mama Tulia is a ministry that cares for mothers and their babies by not only encouraging, but helping them to take heart.

You can also help us achieve Our Goal by donating to Mama Tulia through https://allegrosolutions.org/donate/MamaTulia001.Your support is always appreciated.

Mama Tulia is a Non-profit Organization dedicated to working with vulnerable mothers with premature babies, transforming the lives of both the mothers and preemies through providing  for their physical, economical, spiritual and emotional needs 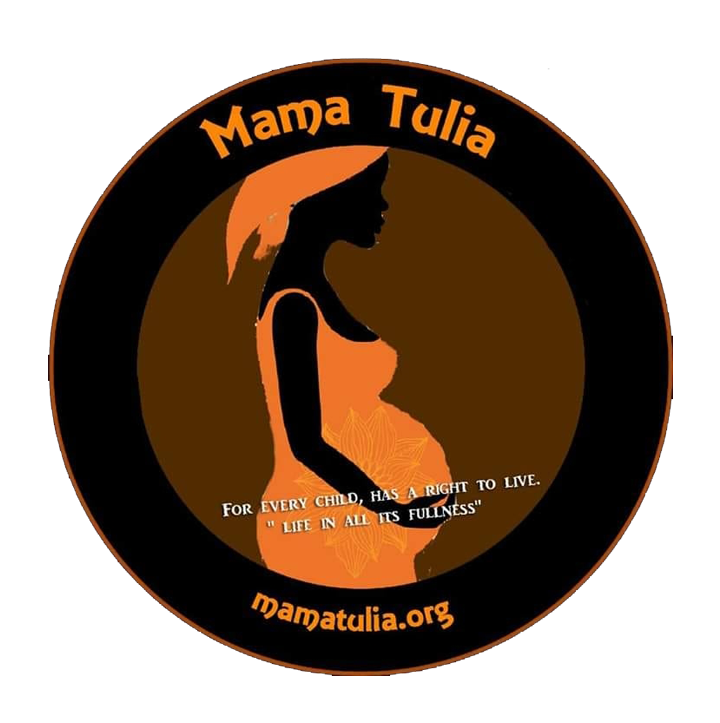